In today’s world, there are many brands in every field. But among these many brands, there are some special ones everyone has heard of. These unique brands have been very successful in their field and have attracted many audiences. One of these particular brands that are very popular worldwide is the Victoria secret fashion show.

Victoria’s Secret is a familiar brand for many women. But the interesting point here is that this brand, which you think about women when you hear its name, was founded by a man. Victoria’s Secret is an American fashion house founded in California in 1977 by Roy Raymond.

Roy Larson Raymond was born on April 15, 1947, in Connecticut, USA. At 13, he started his first business making wedding invitation cards in Fairfield. He graduated from Tufts University in 1969 and earned an MBA from the Stanford Graduate School of Business in 1971.

In 1977, Roy Raymond and his wife raised $80,000 and rented a small space in a shopping center in California. This is how the famous Victoria secret fashion show and brand were born. Victoria’s Secret continued to grow, so much so that Raymond opened three more stores in San Francisco. The customers of Victoria’s Secret were increasing daily, and the situation was such that many dreams took place in Raymond’s mind. But despite all this success, somewhere was wrong.

This brand started its activity to design and produce comfortable clothes for women. In 1982, after five years of operation, Ray Raymond sold Victoria’s Secret to Leslie Wexner for $1 million.

Victoria’s Secret brand buyer Mr. Leslie Wexner is an American billionaire businessman. He is the founder and president of L Brands (a former Limited brand).

Today, Victoria’s Secret is one of the most successful American brands, expanding its product line to various casual clothes, cosmetics, sportswear, accessories, and perfume.

Victoria’s Secret brand is a designer, manufacturer, and seller of women’s clothing and cosmetics. The brand is the largest retailer of women’s underwear in the United States. It is a subsidiary of L. Brands, a publicly held company. In the late 80s, this company specialized in perfume and cologne production and finally introduced and released the first Victoria’s Secret perfume to the market in 1989 under the name of Victoria.

In 1985, Howard Gross was appointed as CEO of Victoria’s Secret brand. In October of the same year, the Los Angeles Times reported that Victoria’s Secret was stealing market share in the sale of women’s underwear from department stores.

The Victoria’s Secret brand began in 1977 as a reaction to what the brand’s founder described as ugly floral pajamas. Five years after its establishment, it was able to increase the number of stores to five and design a successful catalog.

In 1990, this brand was bought by El Branders and focused only on the production of women’s clothing, and very quickly became successful in the field of mail order and offline sales. Victoria’s Secret brand launched its first perfume line in 1992.

In 2000, Victoria secret fashion show and brand, in an attempt to change its image, focused more on customers and designing fashionable clothes and placed sex appeal in the following category of importance.

Victoria’s Secret has been known for its angels since the late 1990s. These women, among whom were some of the most famous models in the world, were this brand’s advertising faces and were present in its annual fashion show. In the late 1990s and early 2000s, the fashion shows of the Victoria brand played a prominent role in defining female “sexual attractiveness.” However, this definition was criticized in recent years and was considered obsolete.

Ed Razak, director of marketing for Victoria’s Secret’s parent company, L Brands, was the brainchild of the fashion show. Razak was considered one of the most influential figures in the modeling industry in the early 2000s, and many famous models entered this field with his help.

This brand unveiled its new designs and products during a Victoria secret fashion show ceremony. This fashion show was not held in 2019 and 2020 until it was rebranded in 2021. The angels of Victoria’s Secret gave their place to famous ladies, and the rebranding occurred.

Below is the list of people who will represent this brand from now on:

The main difference between Victoria’s Secret models and angels

The Victoria’s Secret Fashion Show is an annual fashion show that was held to showcase new models of women’s underwear designed by the Victoria’s Secret brand. This famous show was aired every year on American television for the audience. Since 1990, it has provided 23 successful shows to the fashion community.

The famous Victoria’s Secret brand has introduced some of the most popular models in the fashion world to society for years. The conditions of this company’s models are constantly changing and transforming. In 2019, this company underwent some changes. Although the future of this show is still uncertain, the models and angels of this brand have always been a big part of it.

They are the main face of this brand, and although you have probably seen them in many Victoria secret fashion shows with wings attached to their backs, not all of these models bear the title of an angel. For example, in the 2018 fashion show, only 12 of the 60 models who walked on the stage were the official Victoria Angels. So what is the main difference between models and angels? Being an angel comes with more responsibilities and limitations. These extraordinary ladies have a unique and different contract with Victoria’s Secret brand and have duties towards the company that a model does not have. This is why you may see Victoria’s Secret Angels in the company’s advertising campaigns, at private parties, and on TV shows related to the show. In addition, they all attend the company’s annual fashion show.

Although the prominent leader of the brand has never revealed the exact duties and limitations of angels, it is clear that bearing the title of angel creates more severe working conditions.

This matter became more apparent to everyone after the company’s departure of one of the old angels. The brand’s marketing manager talked about the separation in an Instagram post and said: “that angel had a unique work situation in Europe that conflicted with her duties towards the Victoria’s Secret Company. As a result, we canceled her contract at the request of that company”. After this Instagram post, it became clear to many that the main task of a Victoria’s Secret brand angel is to put this brand a top priority.

Victoria secret fashion show and brand is one of the most prominent global brands. The interesting history of its formation and the new policies of this brand has made it one of the main actors in the fashion market.

However, in recent years, Victoria’s Secret branding has changed the status of holding its annual fashion shows to change the gendered view of women. The fashion world is tied to social and cultural components, making it attractive. You can stay with us to get more information and follow the latest in this world.

At TopLifeTrend magazine, we try to cover the latest developments in the world of fashion and beauty and introduce the top trends. If you have a comment on this article, please feel free to share it with us.

User Rating: Be the first one ! 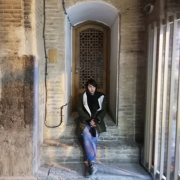 How to choose a haircut female | A Comprehensive Guide

What to wear over a dress?

No comments to show.
We use cookies on our website to give you the most relevant experience by remembering your preferences and repeat visits. By clicking “Accept”, you consent to the use of ALL the cookies.
Do not sell my personal information.
Cookie SettingsAccept
Manage consent

This website uses cookies to improve your experience while you navigate through the website. Out of these, the cookies that are categorized as necessary are stored on your browser as they are essential for the working of basic functionalities of the website. We also use third-party cookies that help us analyze and understand how you use this website. These cookies will be stored in your browser only with your consent. You also have the option to opt-out of these cookies. But opting out of some of these cookies may affect your browsing experience.
Necessary Always Enabled
Necessary cookies are absolutely essential for the website to function properly. These cookies ensure basic functionalities and security features of the website, anonymously.
Functional
Functional cookies help to perform certain functionalities like sharing the content of the website on social media platforms, collect feedbacks, and other third-party features.
Performance
Performance cookies are used to understand and analyze the key performance indexes of the website which helps in delivering a better user experience for the visitors.
Analytics
Analytical cookies are used to understand how visitors interact with the website. These cookies help provide information on metrics the number of visitors, bounce rate, traffic source, etc.
Advertisement
Advertisement cookies are used to provide visitors with relevant ads and marketing campaigns. These cookies track visitors across websites and collect information to provide customized ads.
Others
Other uncategorized cookies are those that are being analyzed and have not been classified into a category as yet.
SAVE & ACCEPT
Close